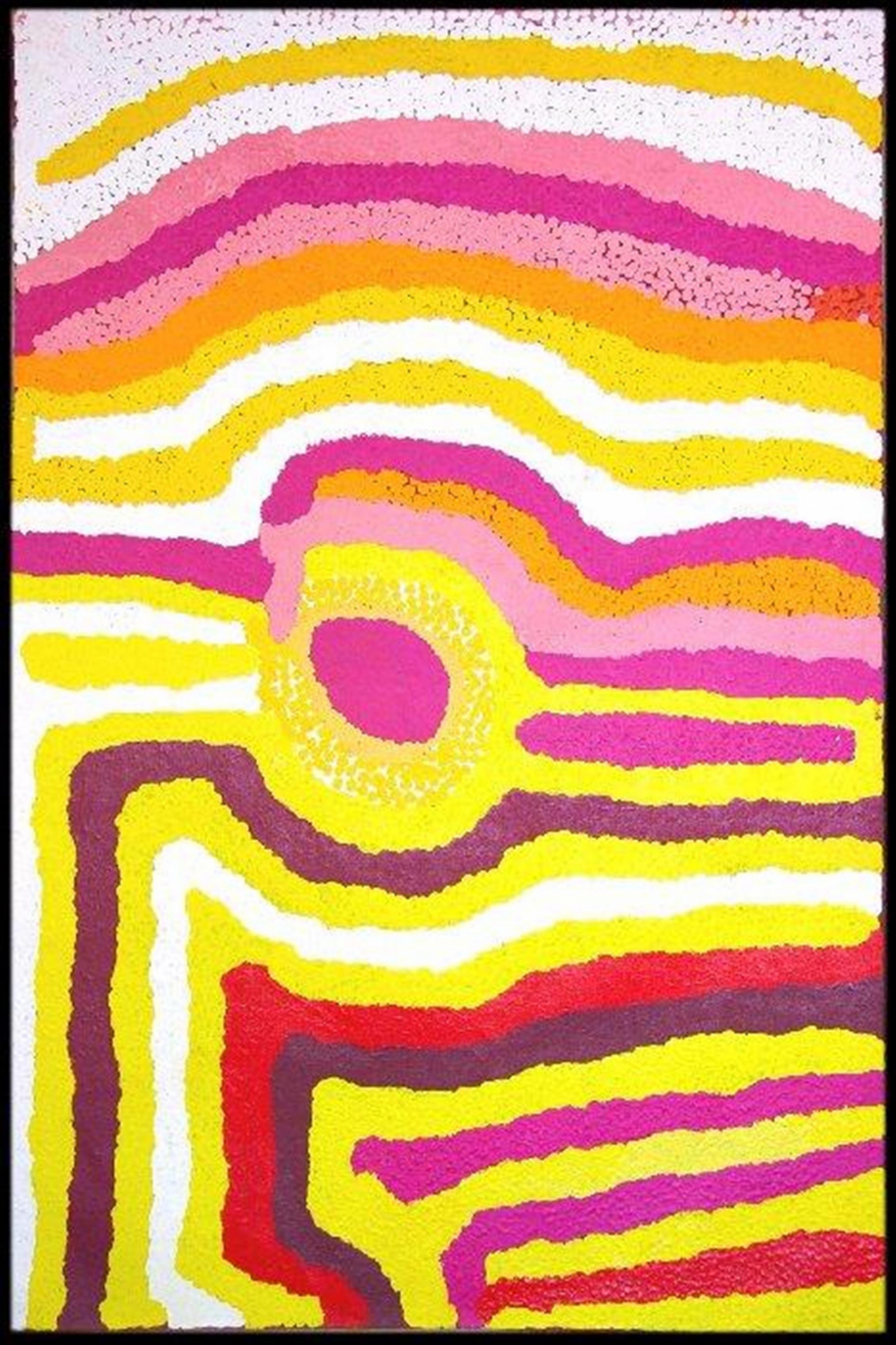 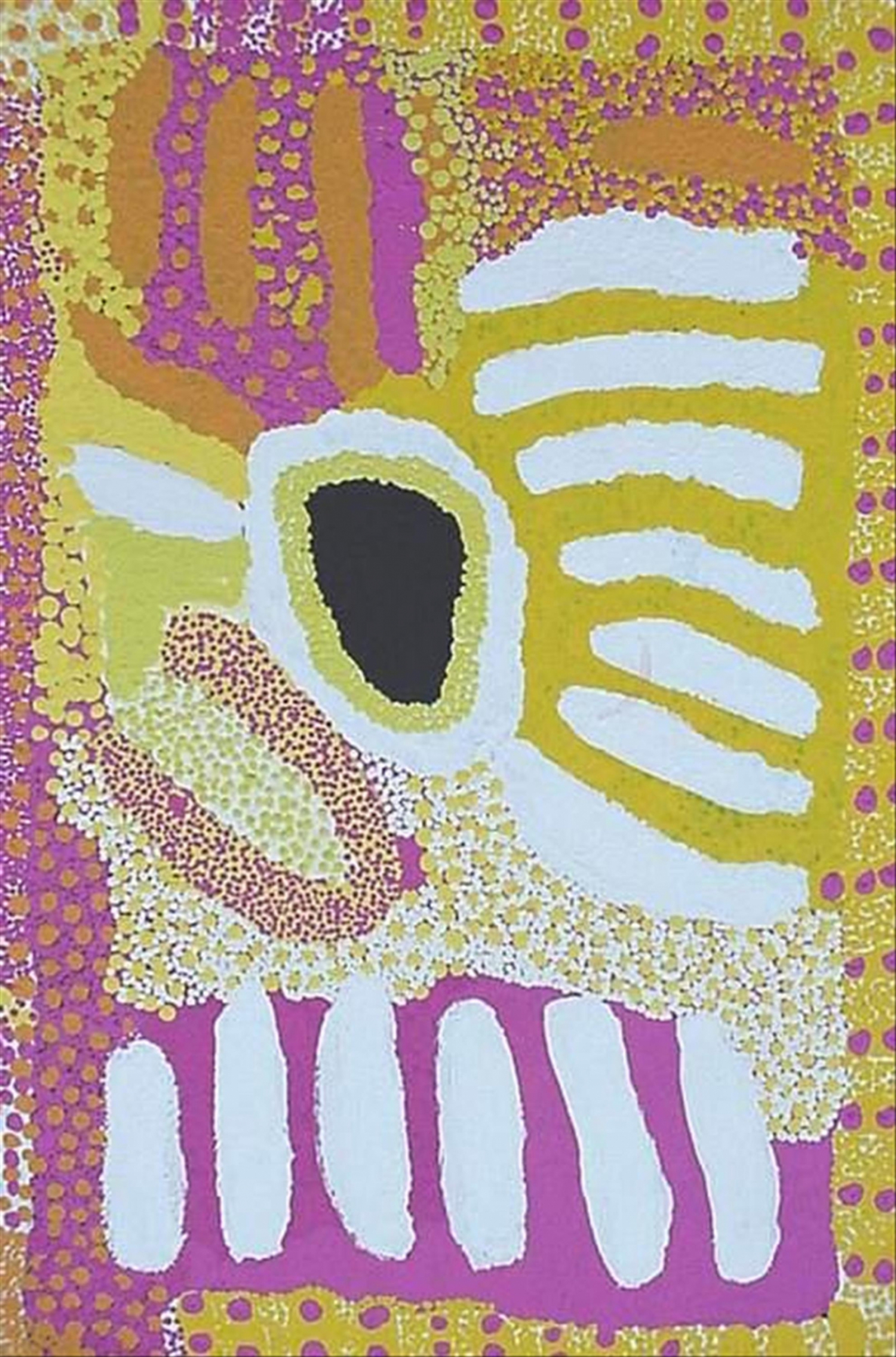 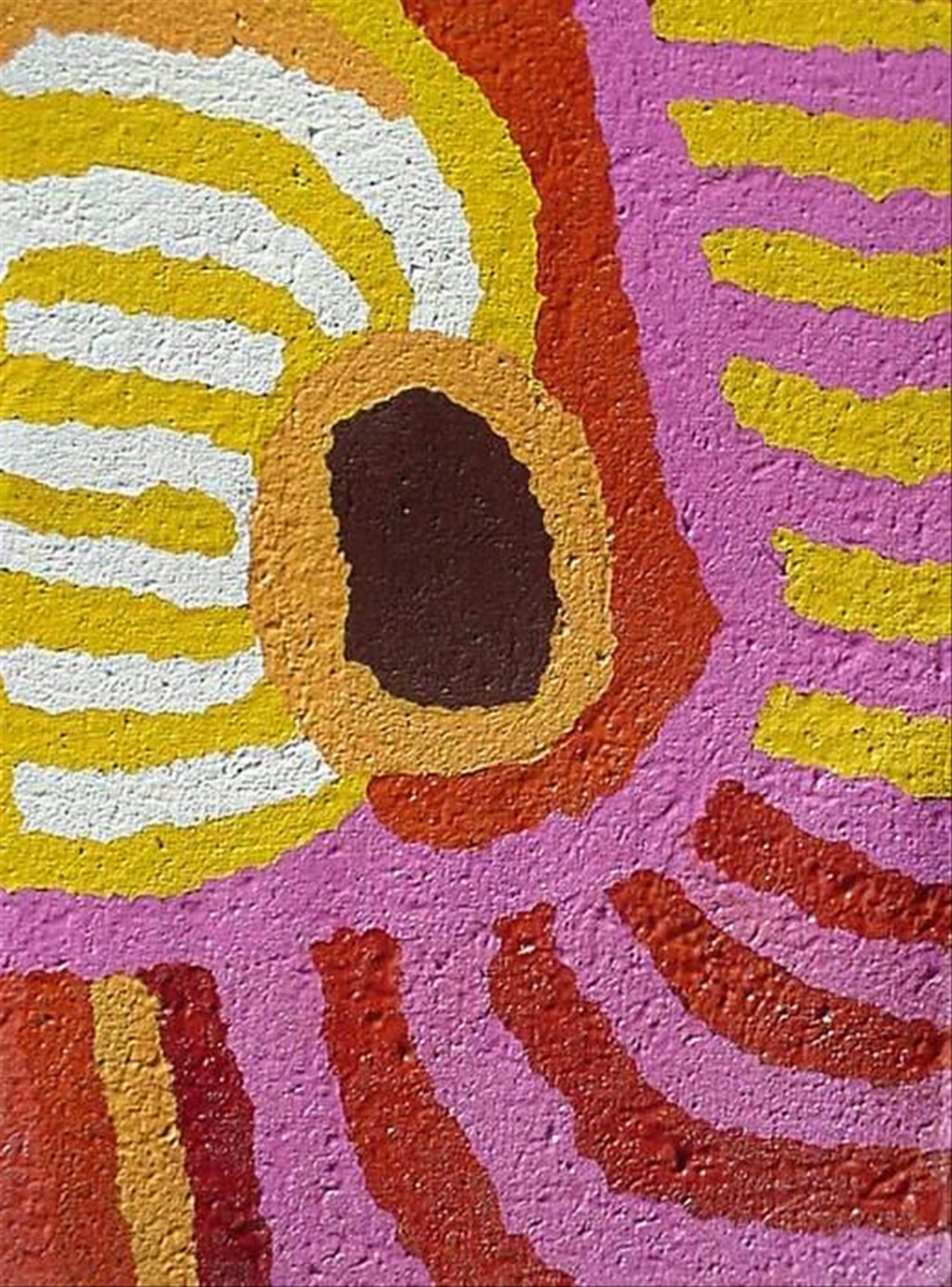 Lucy was a respected senior custodian with a vast knowledge of the waterholes in the Great Sandy Desert.  She began painting in 1989, her early works followed standard Balgo methods of forming lines by means of rows of dotting and of outlining icons in a similar way.  A quietly creative artist, she then moved to a technique using single colour fields of dotting, later going on to a next step: painting her dots so closely together that they converged, creating dense masses of pigment on the surface of the canvas.  This, together with her exploration of the visual possibilities of black icons for waterholes and soakwaters and of dark green and blue, gave her work a distinctive style, producing effects unique in desert Aboriginal art.  As a result, her work became sought after in the marketplace.

Lucy worked diligently at her paintings that are boldly covered in thick paint.  She concentrated on painting the soaks and rock holes of her country, also the numerous types of bush food including Kantilli (bush raisins) and Pura (bush tomato).

Lucy would laugh as she described herself as a “wild one” in her youth, running away from ceremonial business into the bush.  There is also the story of the long walk in from the desert to the mission when they would stop at the wells along the track to pump for water.  Once at the mission she met her husband Helicopter Tjungurrayi, with whom she raised a large family. Lucy encouraged her children to paint, her daughters Christine and Imelda spent time learning and watching their moth, and have both become renowned painters in their own right. She travelled extensively with her painting (Melbourne, Adelaide, Sydney, Canberra, Perth, Darwin, Kununurra), but preferred to stay in Balgo with her family.  Lucy held many ceremonial responsibilities in the keeping of traditional law.