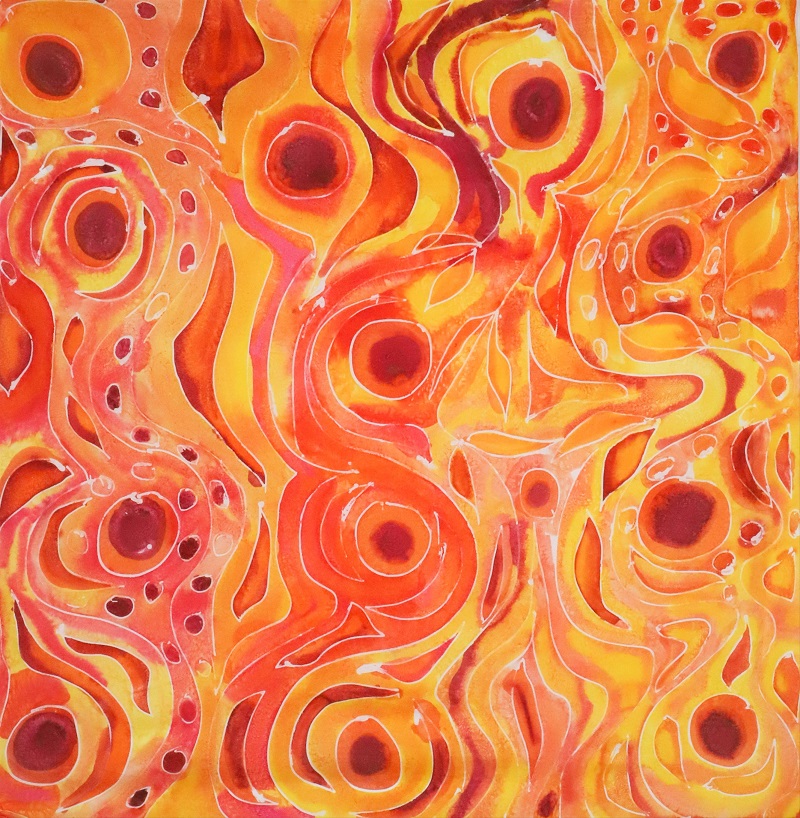 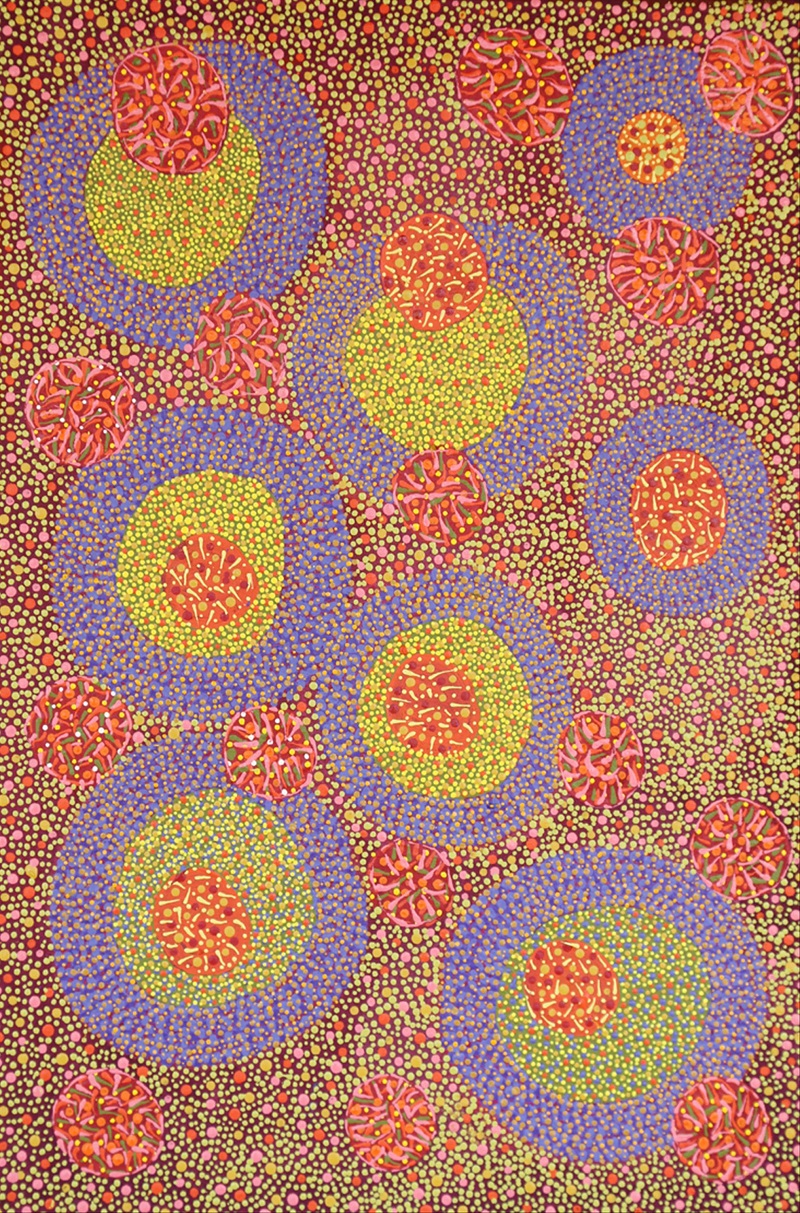 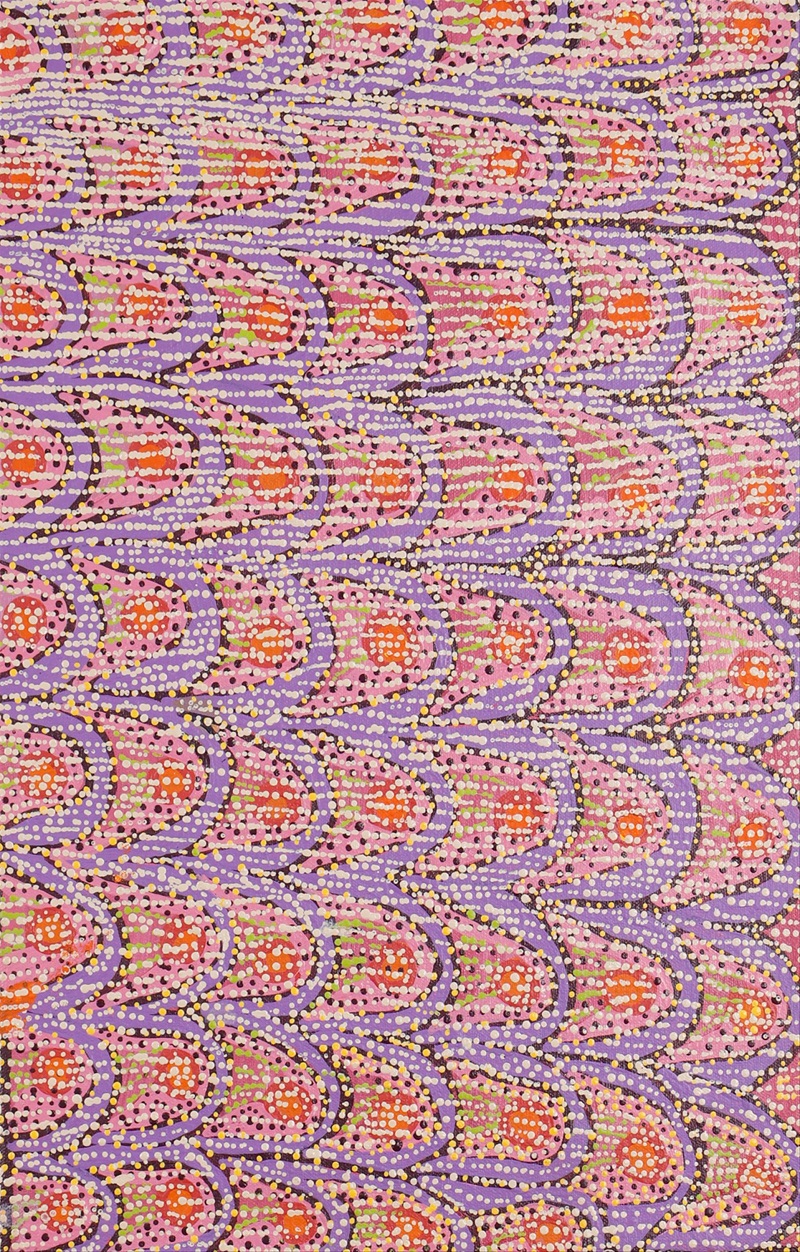 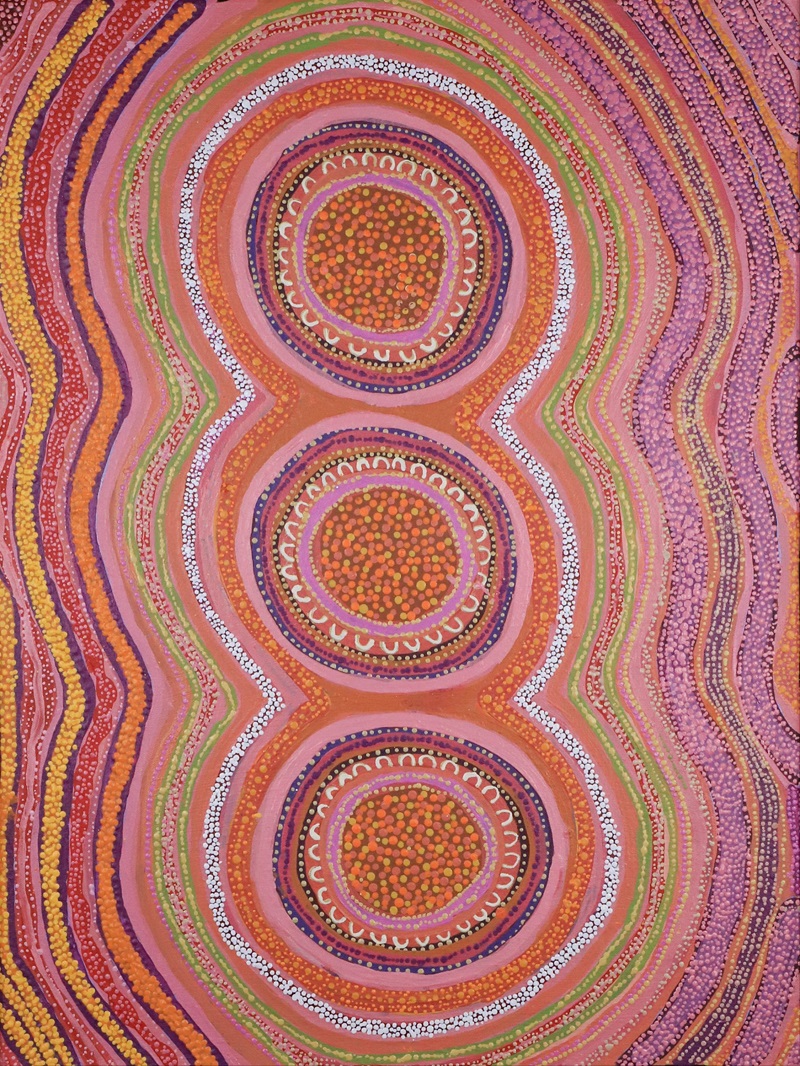 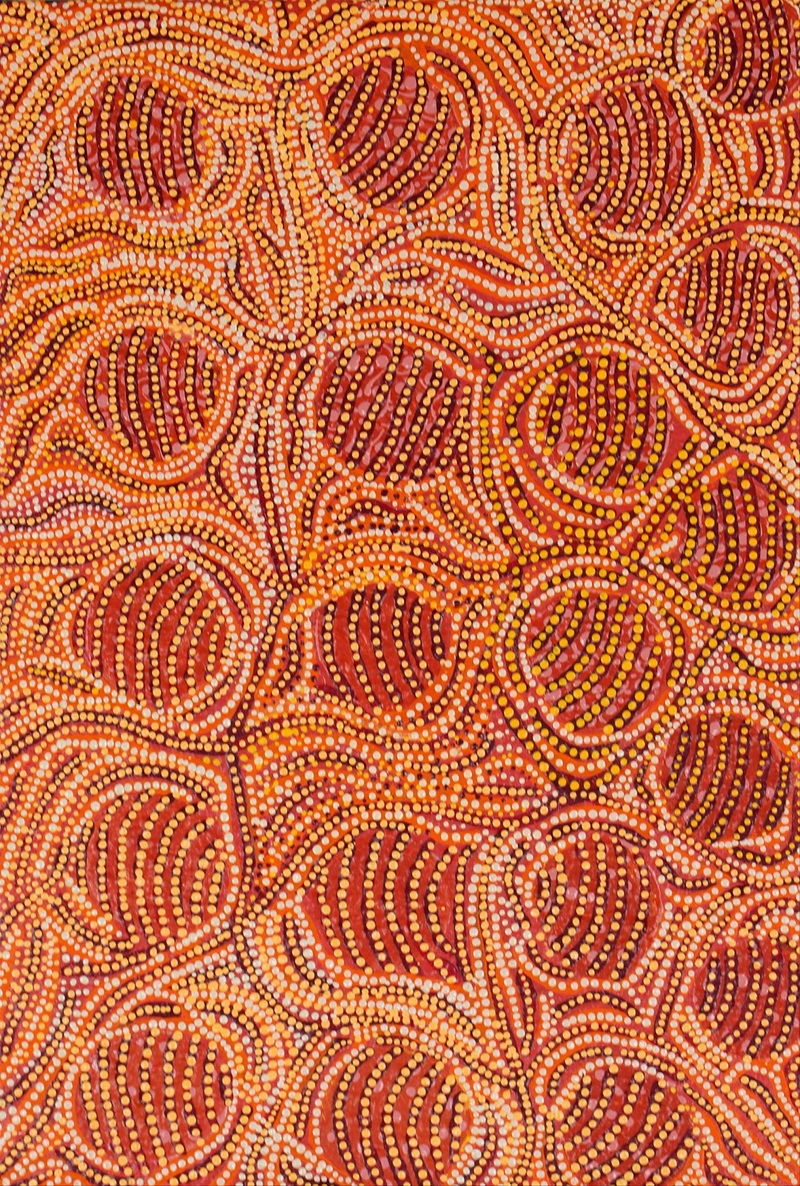 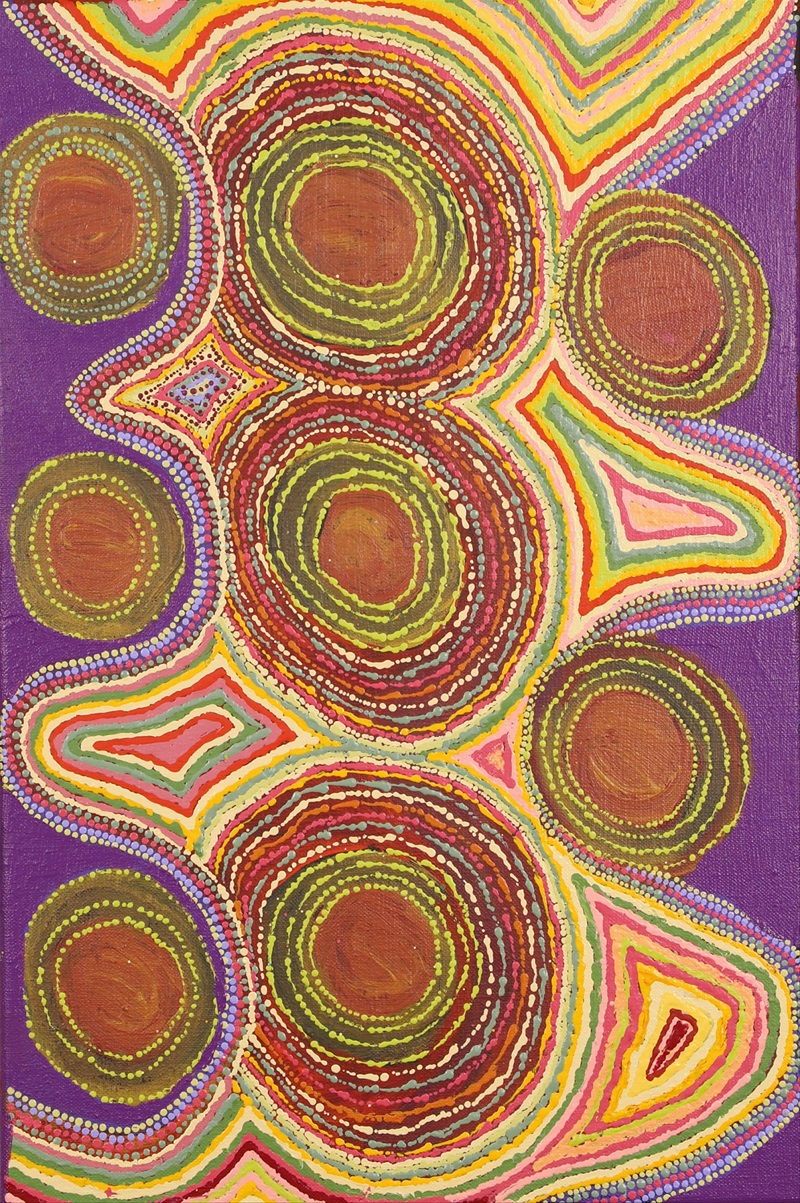 Helen Nagomara was born at Old Balgo Mission in 1953. Helen was the 3rd child and second daughter of artist Milliga Napaltjarri and Albert Nagomara Senior. Miliga was from Kulkurta in Western Australia near Tjukurla and her father was from Yagga Yagga way. Helen’s father met her Mother down south and came to Balgo and settled at the mission. Her father used to work around Wirrimanu helping to build the new Balgo.

Helen stayed at Balgo mission school until 1968 with Imelda, Gracie, Tossie, Jane and her sister Joan. Mission days in the dormitory the girls needed permission sought from the priest Father John McGuire to go and see their parents for the day and come back again to the dormitory at night. She was taught by Nuns and would spend summers camping at Paraku (Lake Gregory) and the rockhole near Kunuwarra.

Helen is one of the principal translators in Balgo, working with Warlayirti Artists and Wakala Language Centre to keep the Kukatja language strong. Helen has been painting at Warlayirti Artists since around 2000, she paints bush tucker that is found around her Mother’s country. She sees these bushfoods sometimes on ICTV but has never been there in real life. It is far away past Kintore and Kiwirrkurra communities. She still dreams of visiting her country one day.

See available works by Helen in our shop