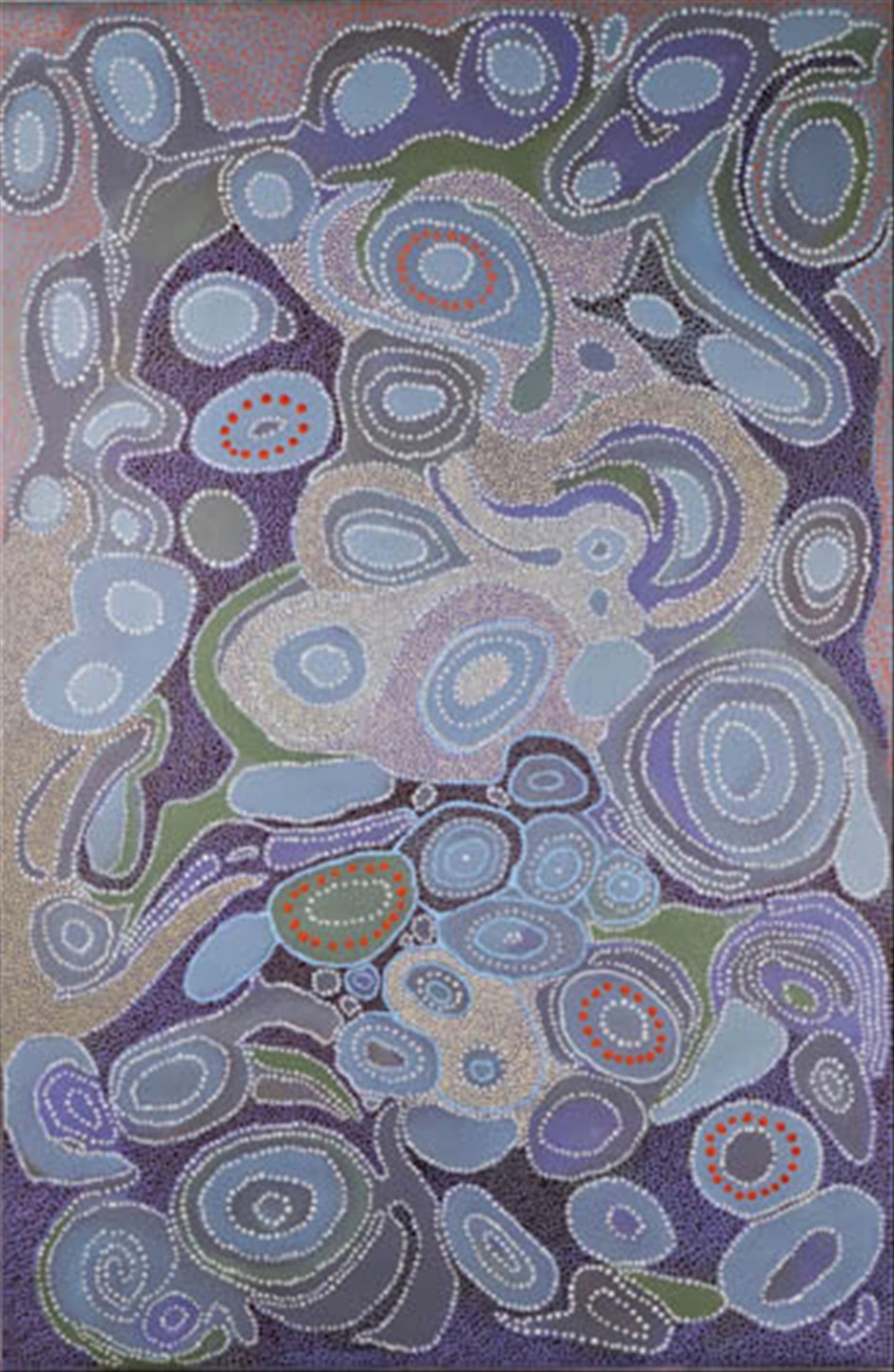 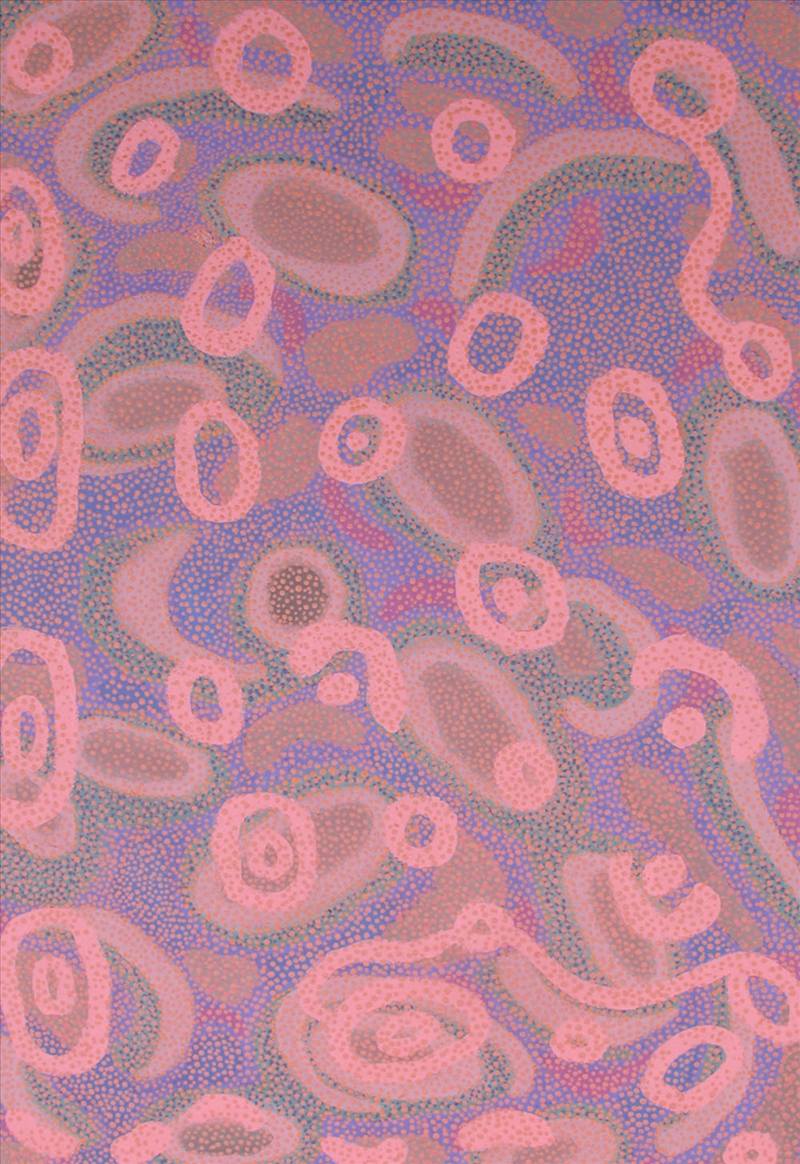 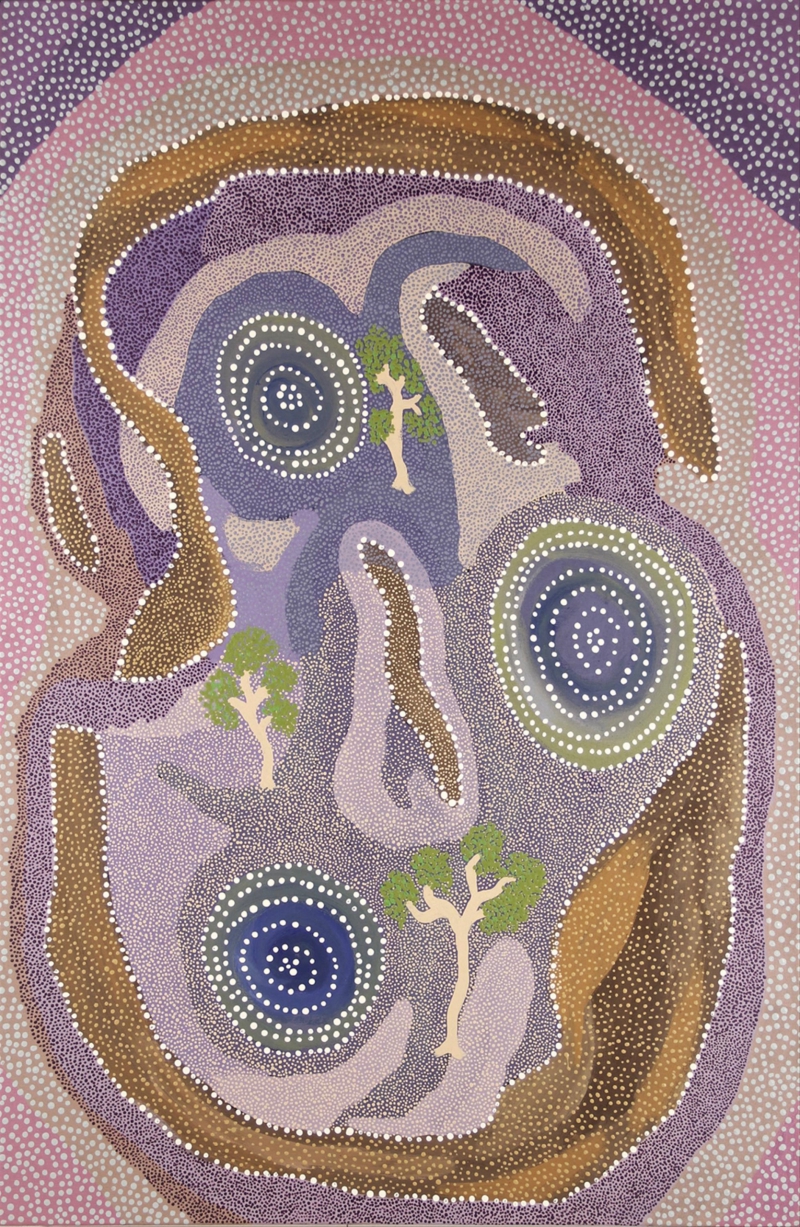 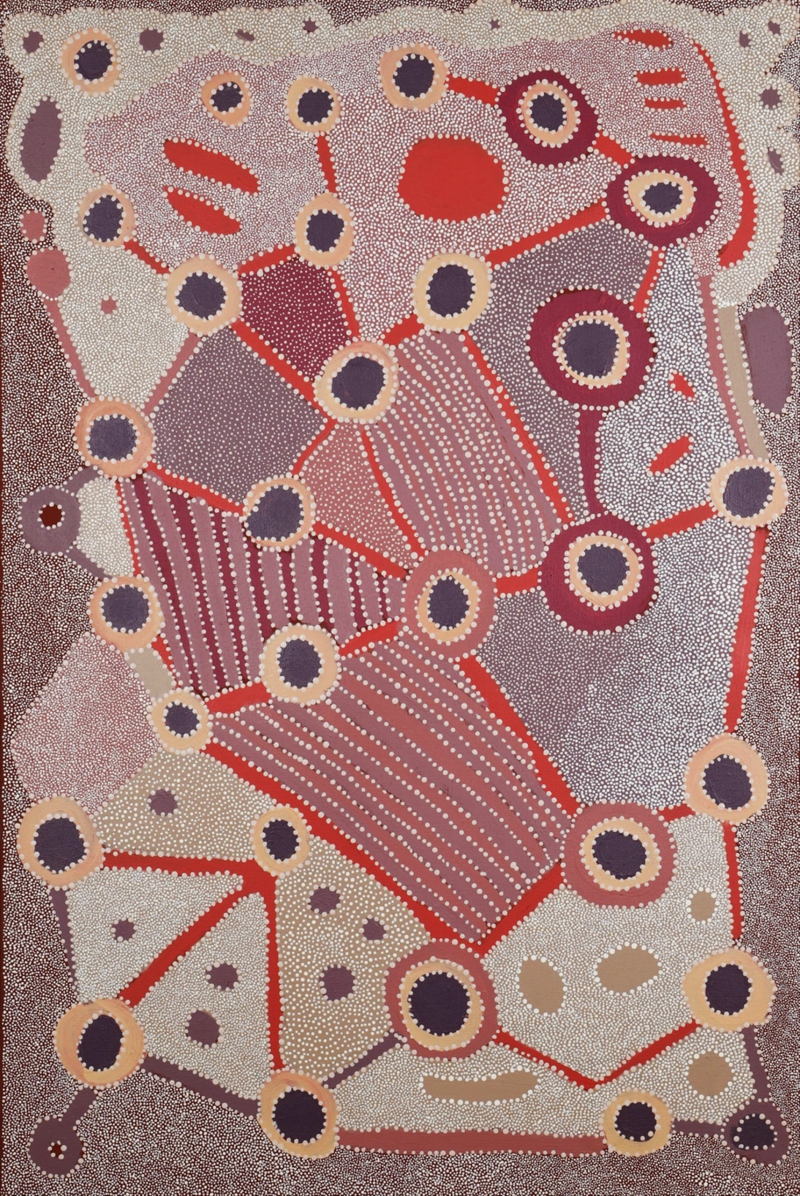 In the early stages of Miriam’s artistic career, she explored the expression of her Tjukurpa (creation stories and lore) through the medium of glass, and screen printing at the Adult Education Centre. When she was granted permission by the Elders to paint, Miriam began painting her Uncle’s dreaming, Wimmitji Tjapangarti (c.1921-2000). Her paintings are infused with the powerful spirituality taught to her by Wimmitji when she was just a little girl. She is a vibrant, traditional woman and the strength of her artistic merits and commitment to the cultural learnings are imbued in every painting. Miriam’s commitment to painting as a vehicle to express her cultural stories is combined with her love of colour mixing and a continually improving her technical abilities.

Miriam has exhibited widely in groups exhibitions both nationally and internationally. Miriam’s work Watkutjarra inspired composer Nora Lewis to create a musical piece ‘Onsight’ performed by the Darwin Symphony Orchestra. She travelled to Tokyo, Japan as part of the Motika Project in which she painted an Audi motorcar alongside fellow Balgo artists including Helicopter Tjungurrayi and Imelda Yukenbarri. Miriam has been a finalist in the National Aboriginal and Torres Strait Islander Art Awards (NATSIAA) and her glass work is in the Art Gallery of Western Australia collection.

See works for sale by Miriam in our shop.