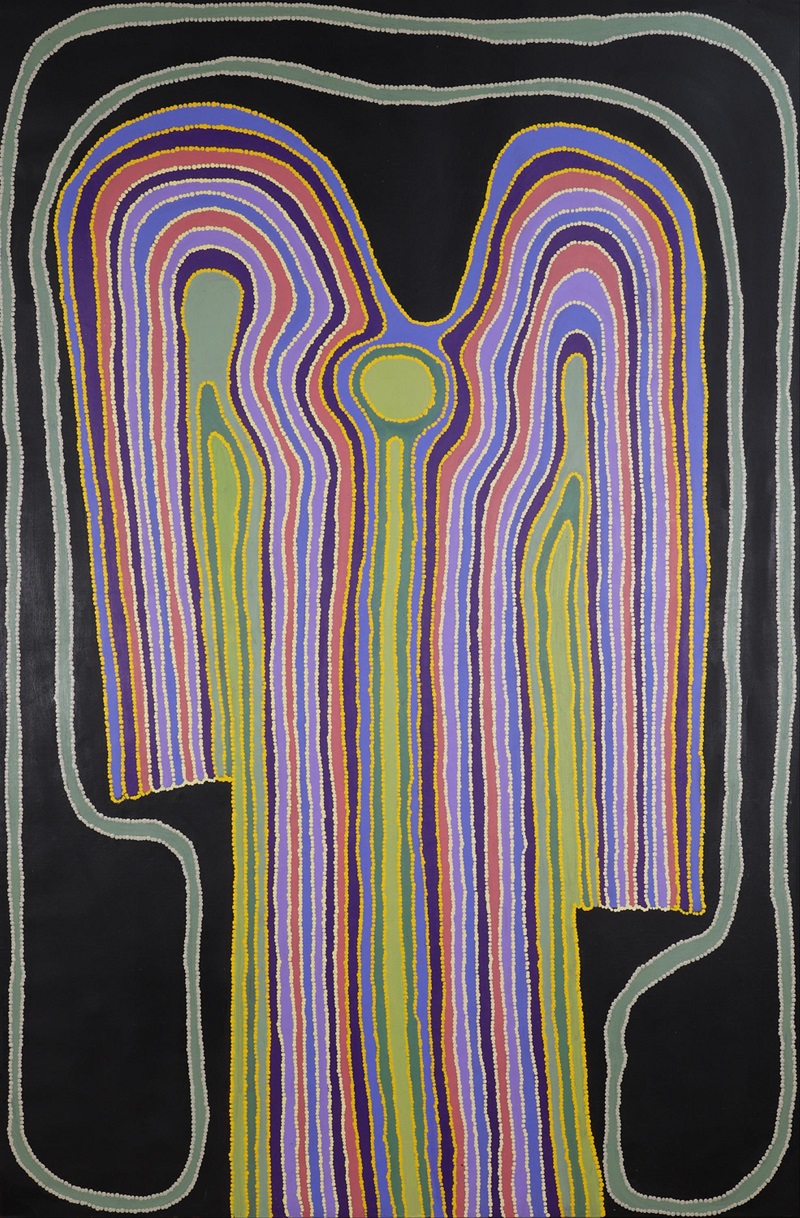 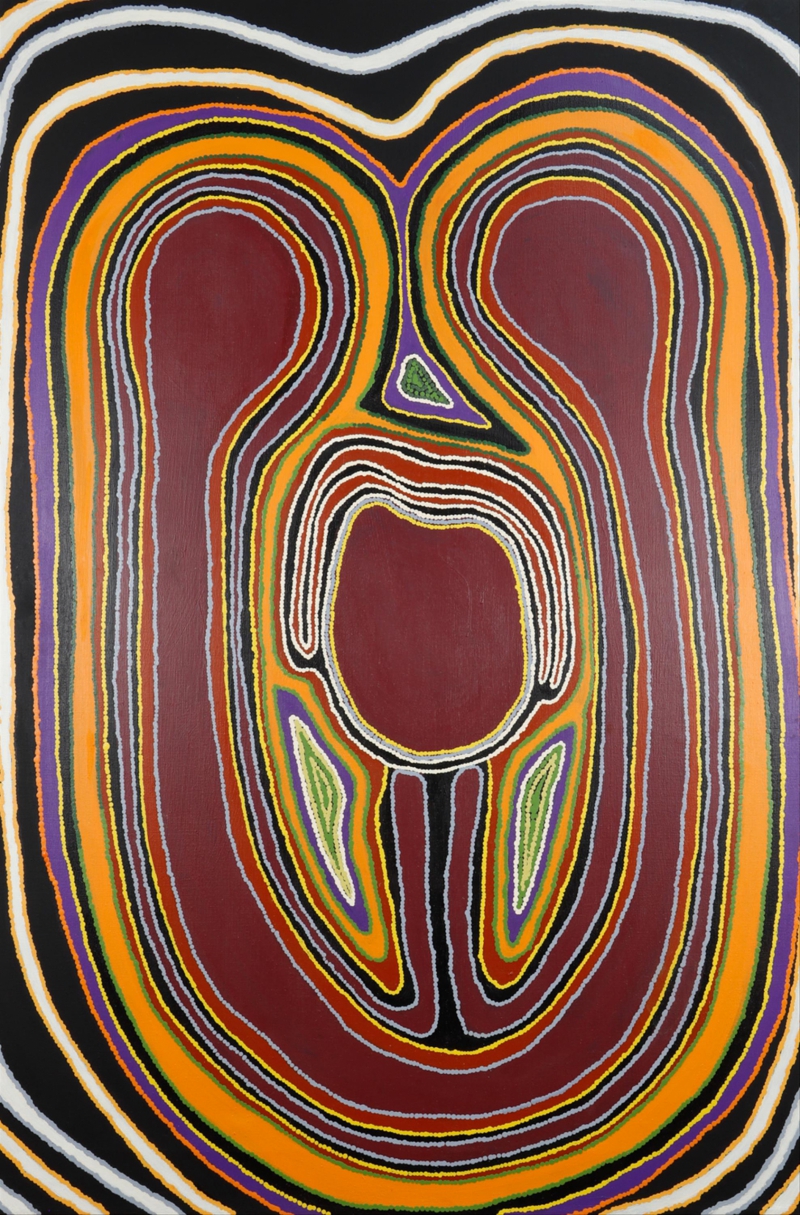 Pauline paints her parents’ Country. Her mother, Bai Bai Napangarti (c.1935–2020), a law woman and senior Elder of the Balgo community, is a Ngardi woman whose Country extends from Mangkayi in the Stansmore Ranges to just south of Yagga Yagga. Her late father, Sunfly Tjampitjin (c.1920–1996), was an important Kukatja law man who was born further south, at Murrunpa (the Alec Ross Range) near Wilkinkarra (Lake Mackay).

Pauline was born at the old Balgo Mission and was educated through the mission school. She recalls working in the kitchen, the laundry and clearing the grounds of the mission. She has spent some time in Fitzroy Crossing and has visited Broome and Alice Springs, but otherwise has remained in Balgo with her ever growing family.

Bai Bai introduced her three daughters to painting at an early age, teaching them Tjukurrpa (creation stories and lore) through mark making. Pauline became an adept painter in her own right as a young woman, learning her craft through time spent sitting and painting with the old people. Bold and striking, her paintings depict ancestral paths, ceremonial designs and the stories of important Tjukurrpa sites associated with the native cat, goanna and luurnpa (kingfisher).

Pauline has been a finalist for the National Aboriginal and Torres Strait Islander Art Awards (NATSIAA) and the Kate Challis Raka Art Award, she has had two solo exhibitions including a showcase in the 2019 Tarnanthi Art Fair at the Art Gallery of South Australia. Pauline’s work is found in significant national and international collections.

See available works by Pauline in our shop