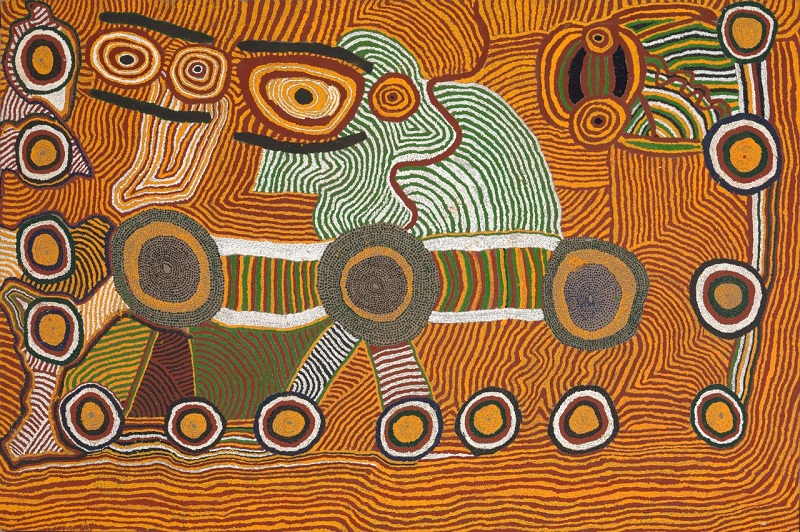 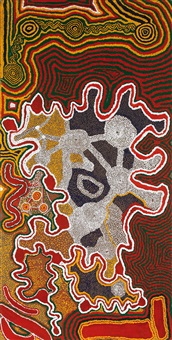 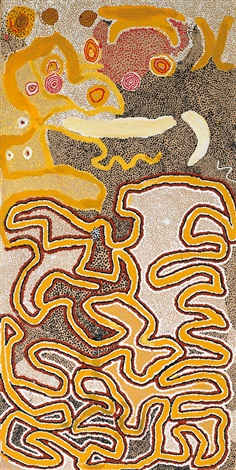 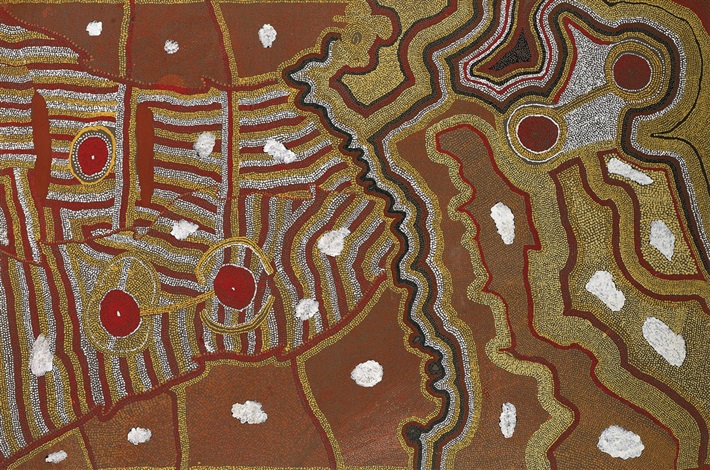 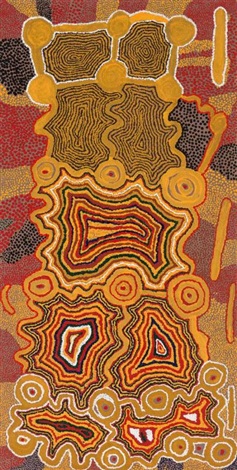 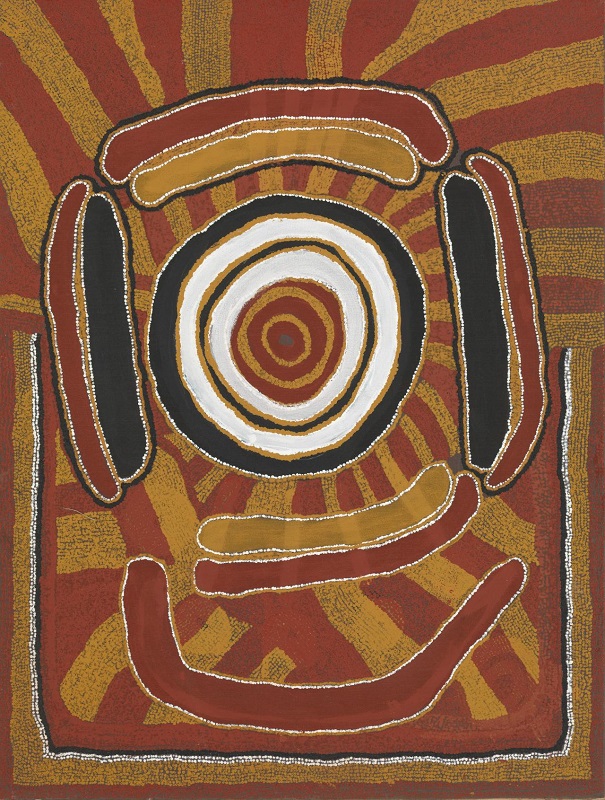 Donkeyman Lee Tjupurrula was born in the Great Sandy Desert, near Kiwirrkurra. When he came into the Balgo Hills Mission, he worked with the donkeys brought to the area by Catholic missionaries. From this he got his name. As an important law man of the Balgo area, he worked with anthropologist Ronald Berndt over a considerable period.

Donkeyman began painting in the early 1980s, and when Warlayirti Artists began operating commercially in Balgo, he began to paint for the market (1987-88). His paintings soon attracted attention and have been exhibited world-wide. With versatility of conception ranging from bold compositions containing relatively few pictorial elements, to monumental works unifying a plethora of design elements and different painting methods, Donkeyman’s work shows him to be a master artist.