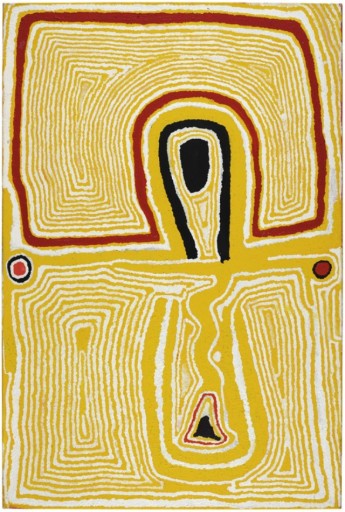 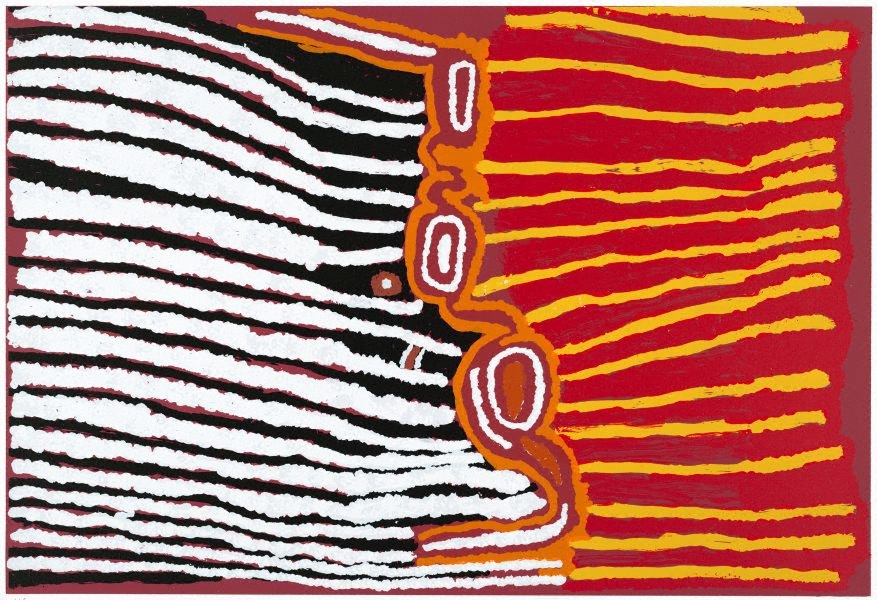 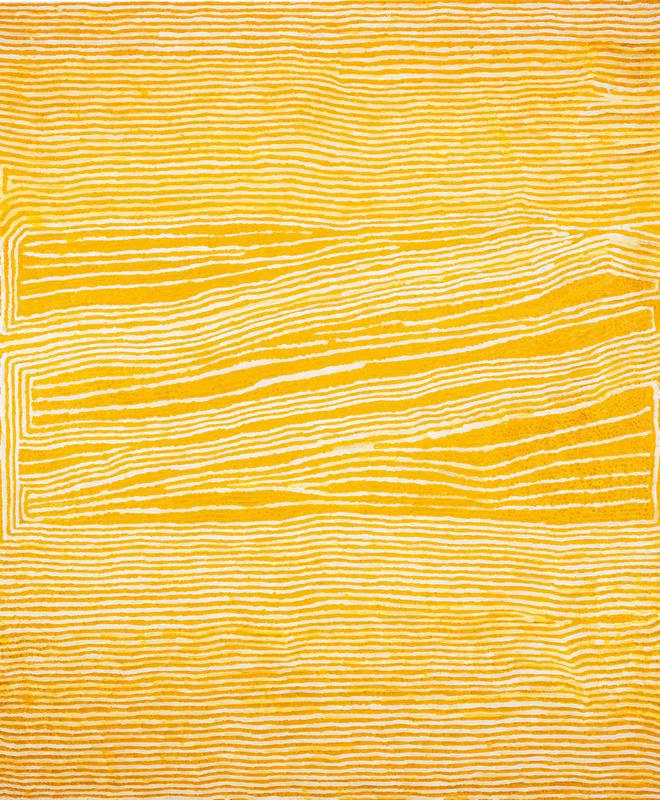 Tjumpo’s traditional homeland near Karnapilya in the area west of Lake Mackay (Wilkinkarra). He had become the most highly regarded Law Man in the community. In the late 1980’s and early 1990’s he lived at Yagga Yagga, about 150 kilometers south of Balgo Hills toward his country near Lake MacKay and moved to Balgo around 1996 after the community was abandoned.

In opting to employ simpler forms to depict the numinous landscape, Tjumpo’s influence spread to other artists and has come to epitomize the transformation that has run through Balgo art since the mid 1990’s. This minimalism, often restricting Tjumpo’s iconography solely to undulating lines is reminiscent of the Pintupi creative approach. Though Tjumpo’s work, like that of other Kukatja artists, is distinctly less formal than that of the Pintupi, this aesthetic overlap is nevertheless significant. During his career Tjumpo made occasional visits to Kiwirrkurra to stay with his countrymen and, on visits such as those in 1999 and 2004, he painted for Papunya Tula artists.

In both his art and his personal demeanour, Tjumpo Tjapanangka affected an infectiously vivacious and animated style. It is this energy and confidence that he employed to build the resonating planes that characterized his finest works and brought such critical acclaim. His wife Ningie Nangala shared his preference for softer colours, and to some extent this aesthetic can be seen in the more recent paintings created by his stepdaughter, Elizabeth Gordon, to whom he passed on a number of his Tjukurrpa (creation stories and lore).

Tjumpo and Ningie had many children whom have become significant artists in their own right including Winifred Nanala and Vincent Nanala, who are influenced by his structured, optical style.