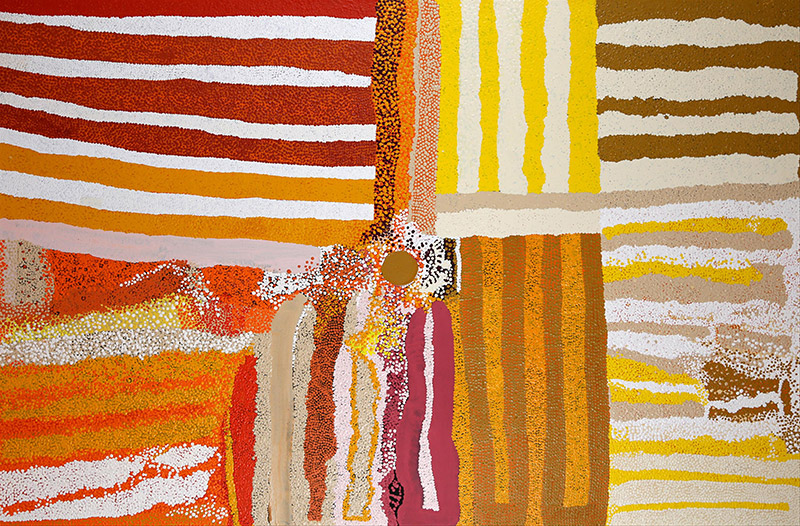 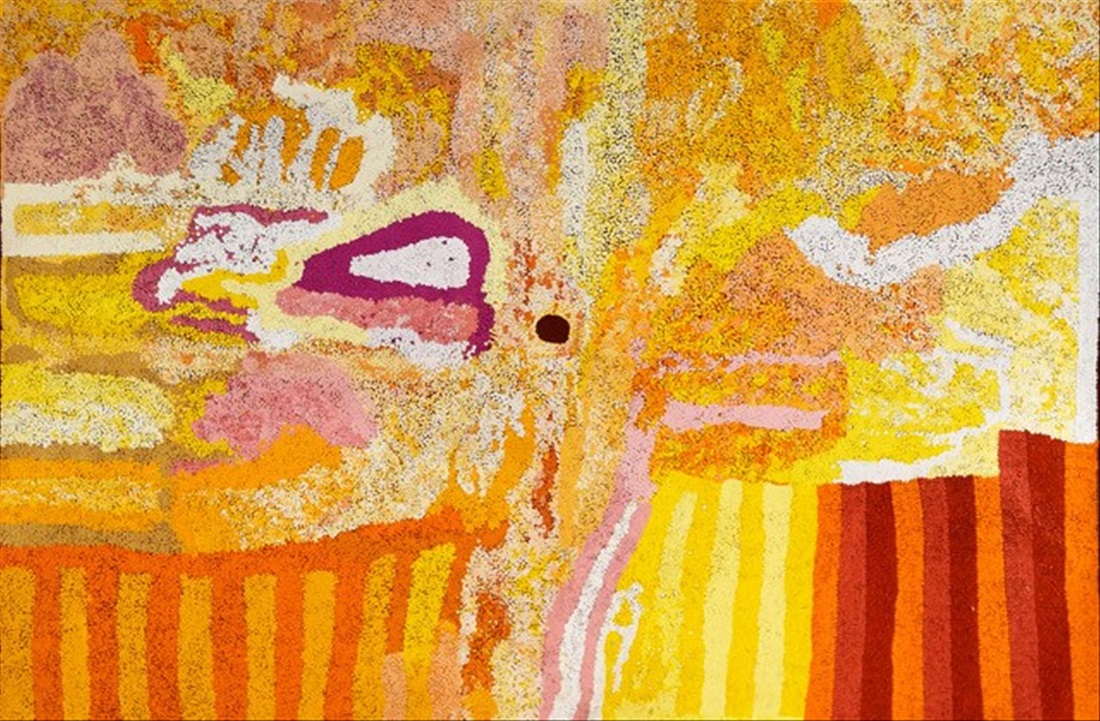 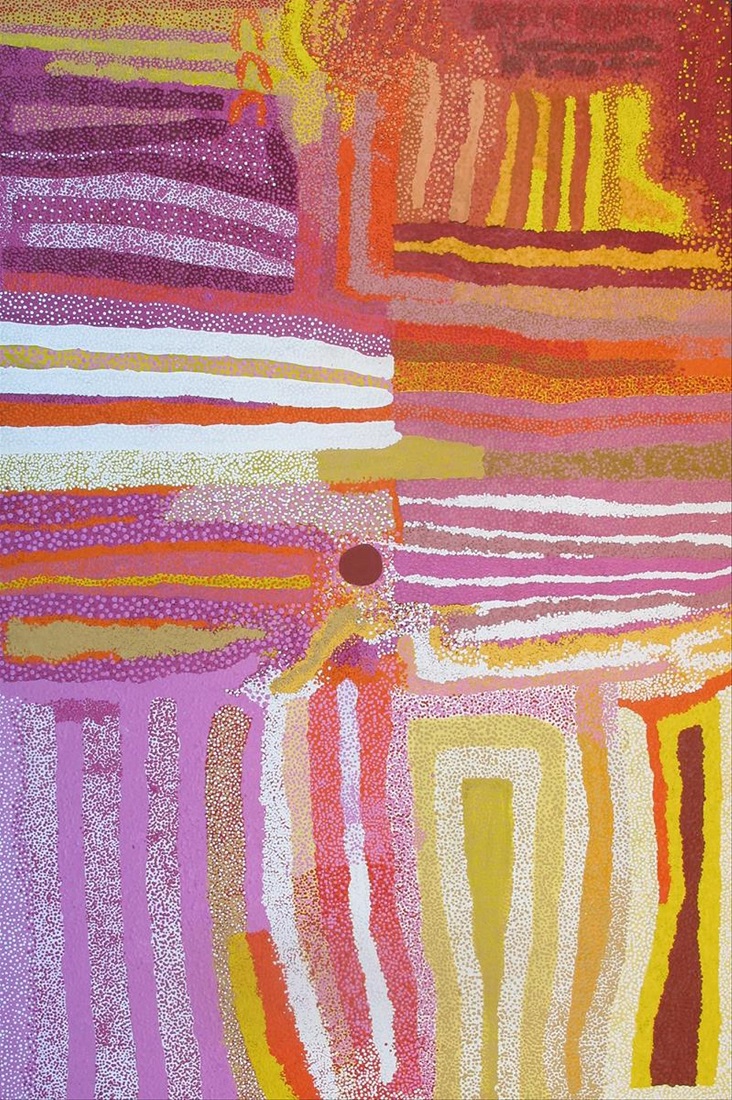 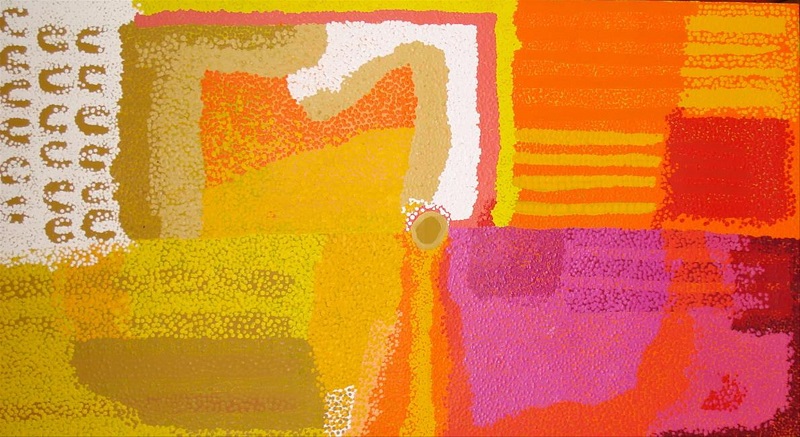 Christine is the youngest daughter of leading Balgo artist Helicopter Tjungurrayi and the late Lucy Yukenbarri, both exceptional painters in their own right. She learned to paint by sitting with her mother, watching and learning from a very young age, eventually assisting her mother and then painting her own artworks through Warlayirti Artists at the young age of 19. Christine has been painting since late 1999 and has produced detailed and innovative works in the mediums of acrylic paint on canvas and kiln fired glass.

Christine paints Winpurpurla, her mother’s country south of Balgo in the Great Sandy Desert. Women often travel to Winpurpurla to collect a variety of seeds including lukarrari which is ground to make damper and kumpupatja (bush tomato). Christine’s Winpurpurla paintings are named after the tjurnnu (soakwater) or ‘living water’ she depicts as the central circle in her paintings bordered by multiple lines representing the tali (sandhills) that dominate the country there.

By 2004 Christine had well-and-truly established her distinct style and worked prolifically and on a large scale until 2011 when she left Balgo and Warlayirti Artists and moved to Broome. She recently returned to Balgo in 2017 with the desire to start painting again. Today everyone in Balgo is thrilled to see her back involved with the art centre and painting again.

Christine has been twice nominated for the National Aboriginal and Torres Strait Islander Art Awards (NATSIAA) and in 2011 she had a solo exhibition with Alcaston Gallery. Her art features amongst significant collections across the nation.

See available works by Christine in our shop.