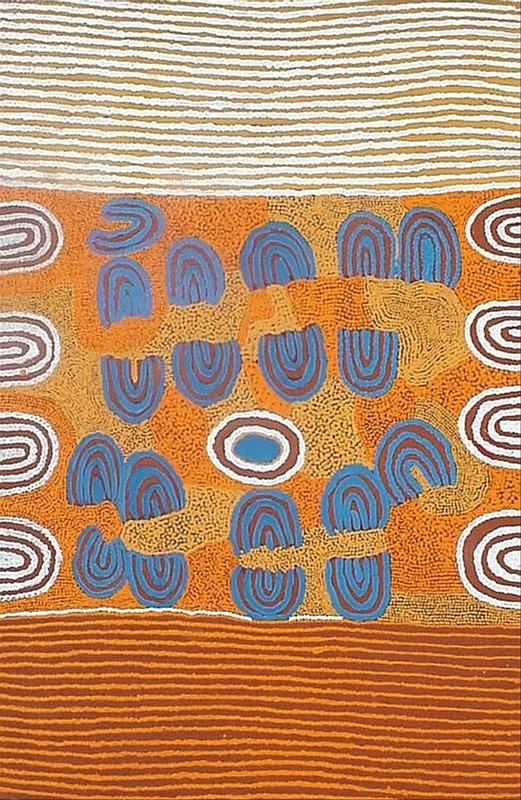 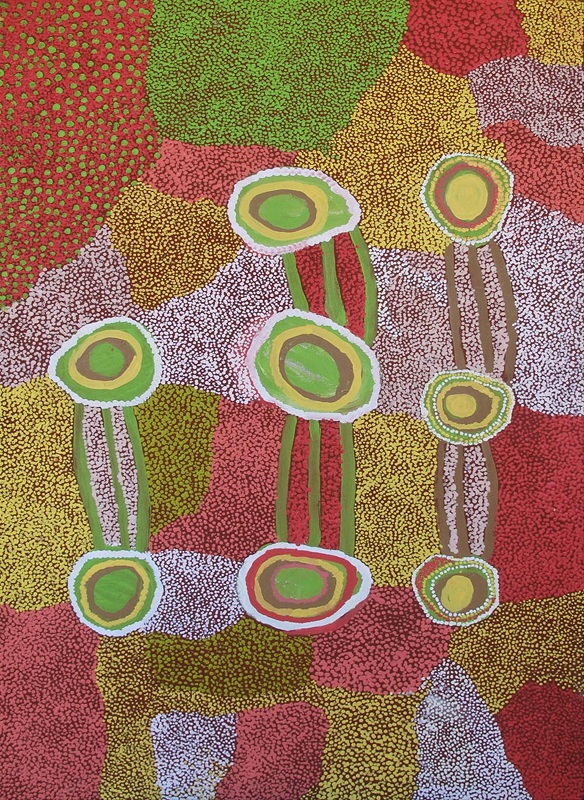 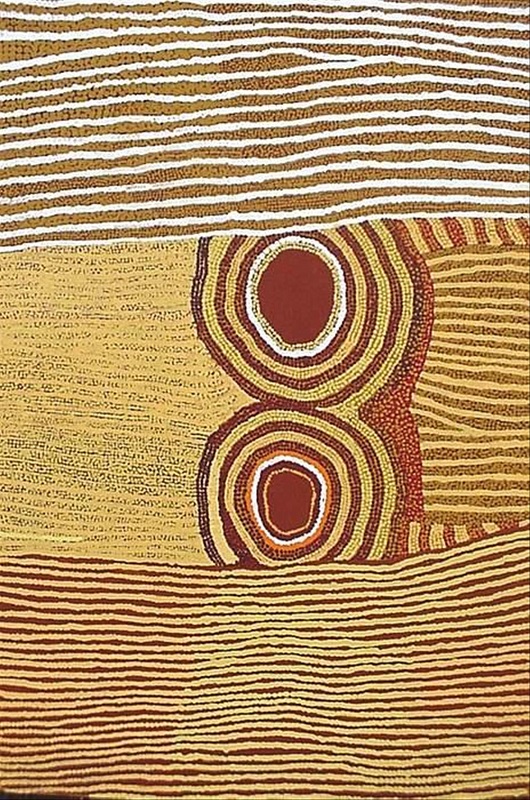 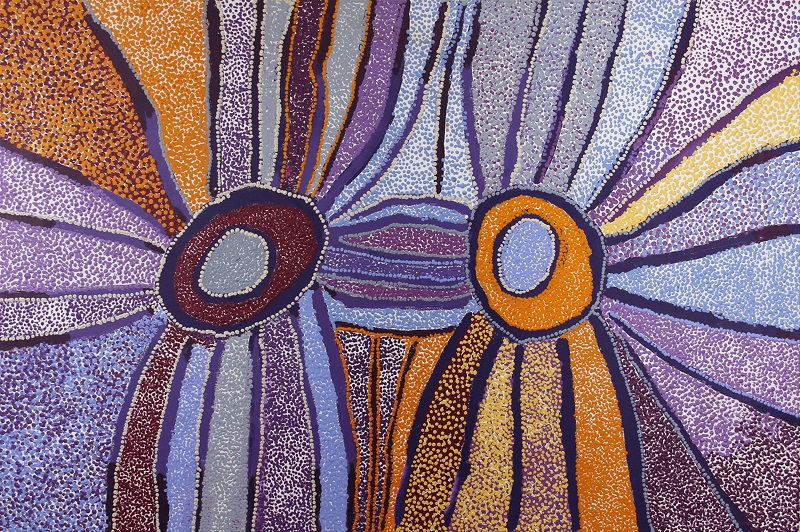 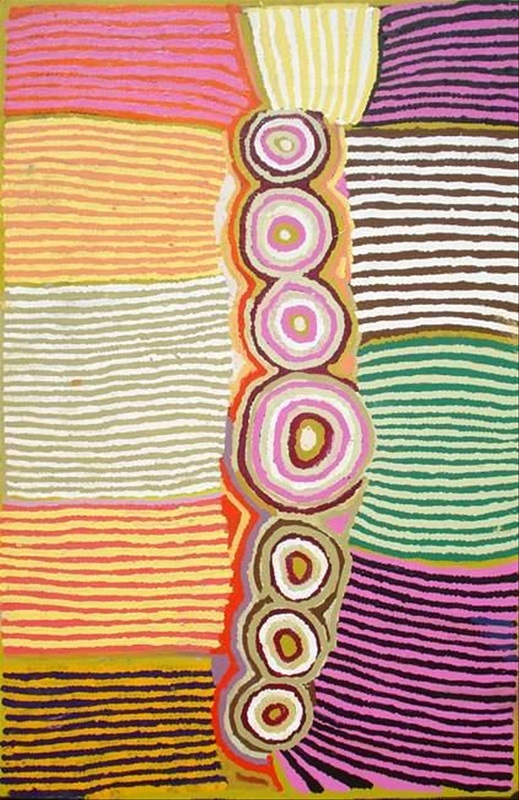 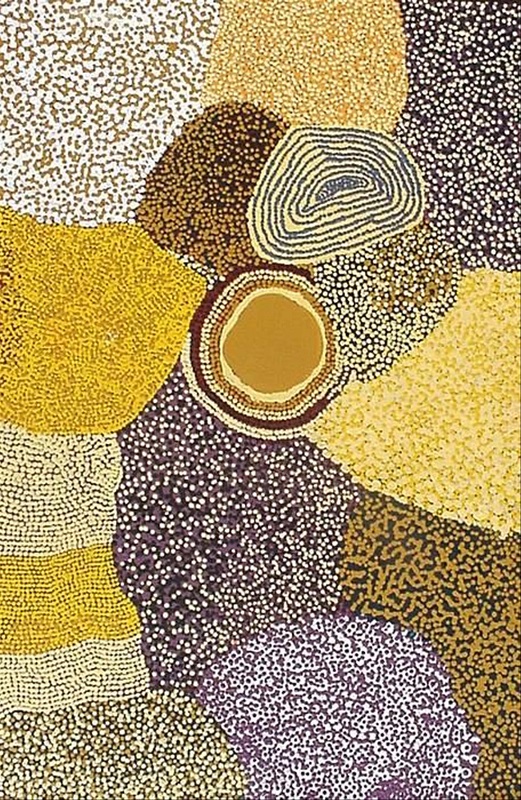 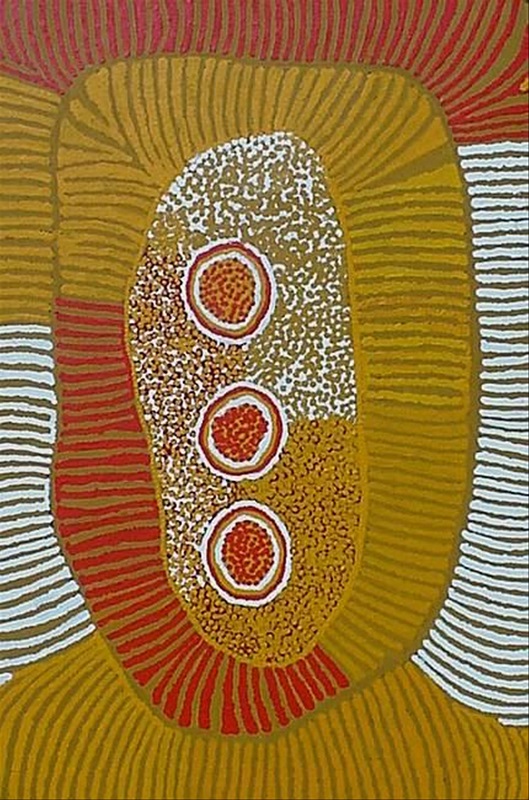 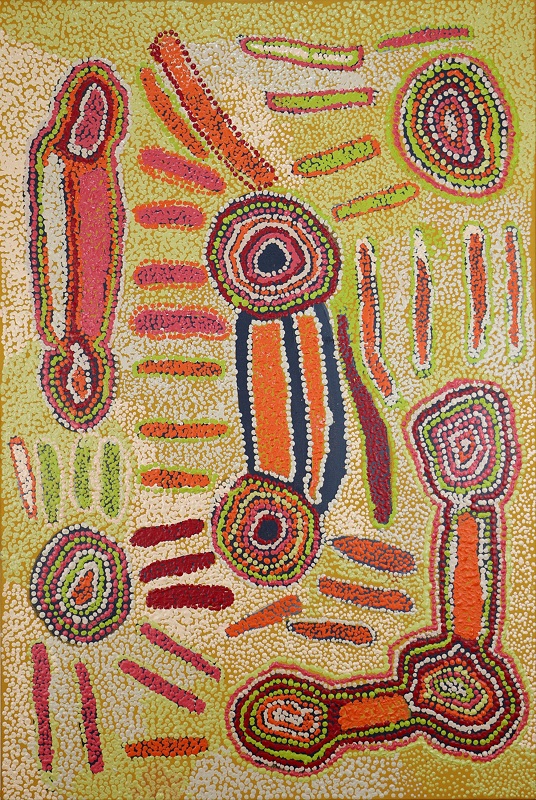 Nungurrayi was born near Jupiter Well with Bandicoot Dreaming. She grew up around Kalyuyangku and travelled south of Kunawarritji (Well 33) – her childhood was spent mostly at places along the Canning Stock Route. This country, called Yinirngarri, is her mother’s and grandfather’s country. She travelled and lived in this country with her family until she was a young woman, becoming an adult whilst living east of Wantili (Well 25).  Nungurrayi married Wiyangaru who belonged to Pippar Country in the East, and had one child, Kevin, before the family walked all the way up the stock route to the Old Mission, they were among the last to arrive. A second child, Charlie, was born at the Old Mission and Lucy looked after the sheep and goats at the Old Mission.

Nungurrayi and her family moved to the new mission site, the current location of Balgo community, in the 1960s and here she had two more children, Damien and Joan. Joan was placed in the dormitory, while she worked as a gardener watering all the trees planted around the oval in the community. Nungurrayi began painting at Warlayirti in 1992, as well as with Papunya Tula Artists when she was visiting family in Kiwirrkurra. Nungurrayi exhibited widely in group shows with both Warlayirti and Papunya Tula Artists.