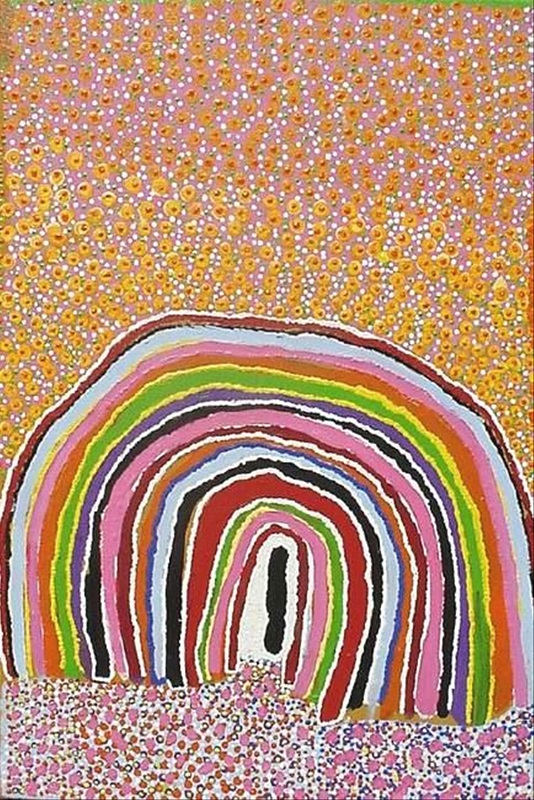 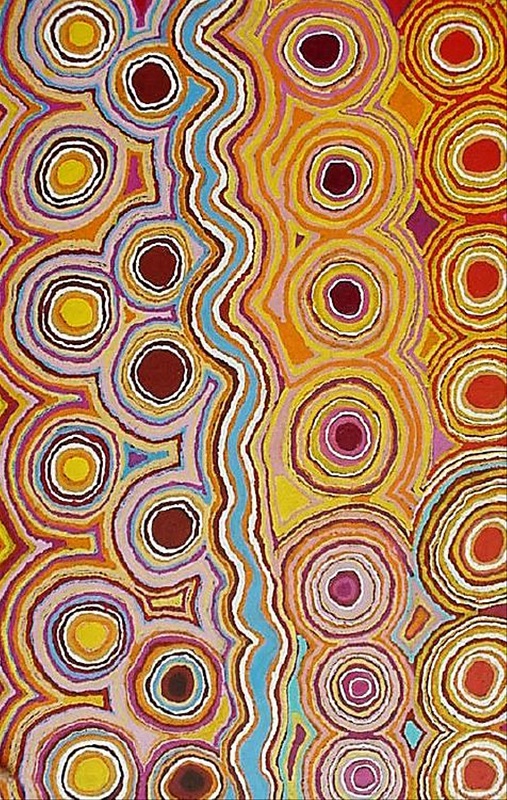 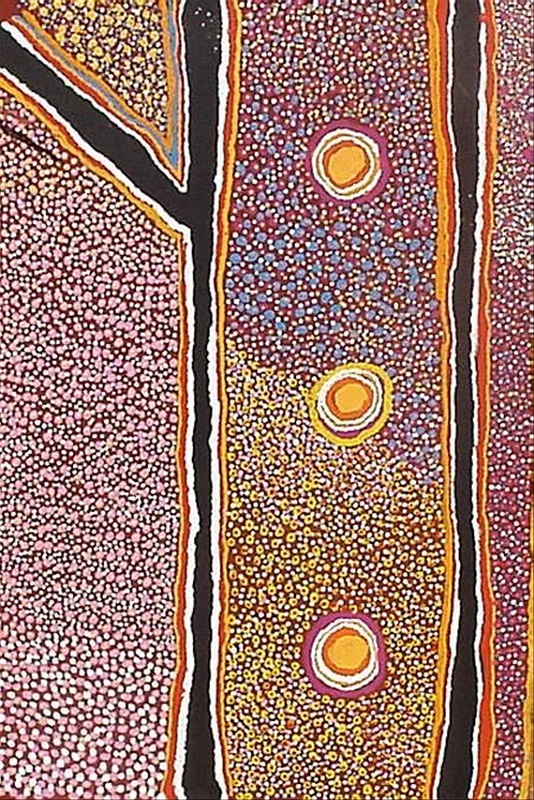 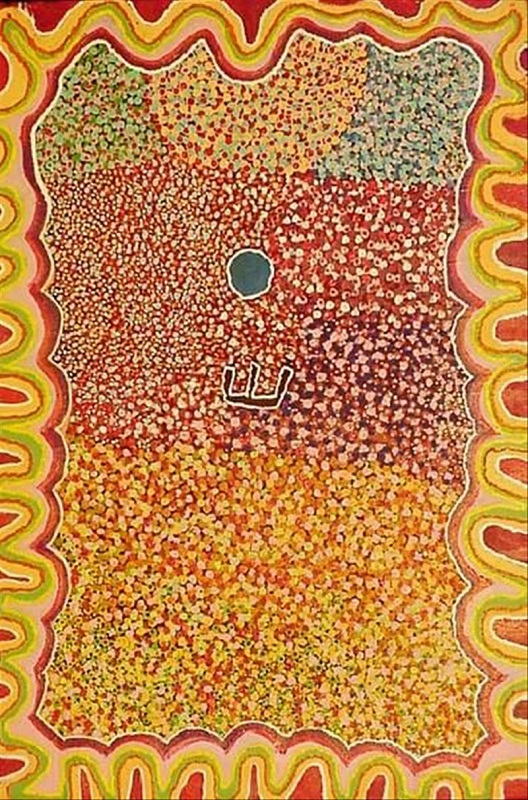 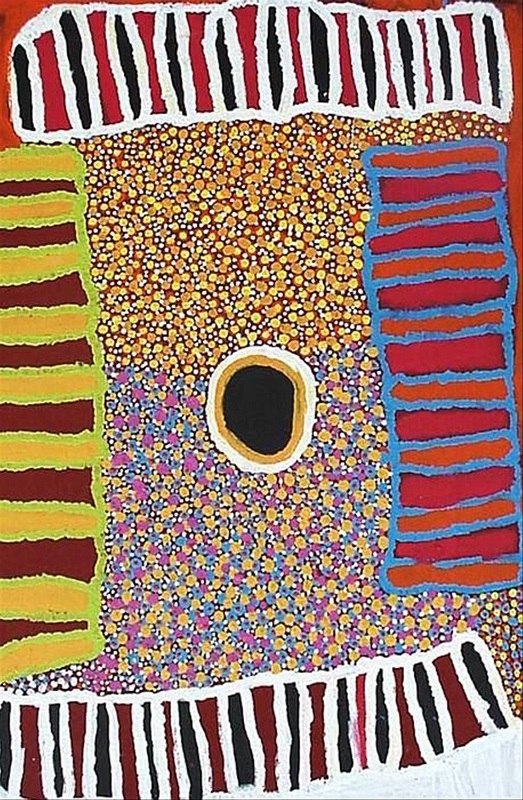 Susie was a vibrant and colourful personality respected for her knowledge of the law and ceremony of Kurtal (freshwater spring in WA).  She told stories about playing at the waterhole of Kangingarra (northern reaches of the Canning Stock Route) where she spent her youth. Susie walked in from the desert as a teenager to Tjumundora, one of the early mission sites.

When Susie moved to the old mission at Balgo, she worked in the kitchen making bread and helping serve food to the dormitory children. There she met her first husband and had her first child, Lucy. Her husband was killed on a mustering trip due to inter–tribal conflict and left her a widow. Later she eloped with Mick Gill and had another six children and they remain a devoted couple until Susie passed away.

Susie was one of the first women painters in Balgo and is well known for her initial dual use of western and traditional representations of country (hills, trees, snakes) along with lively use of bright greens, pinks and sky blues. Her innovative dotted colour fields began in 1996, and she continued to develop her style each year. Her eldest son, Matthew Gill, with Sister Alice Dempsey from the St John’s Adult Education Centre, started up the Art Centre in Balgo in 1985.

Since then Susie produced a profusion of paintings that are filled with her exuberant personality and her joy for life. She travelled widely with her art, including to Sydney, Melbourne, Perth, Darwin and Kununurra. Susie was proud of her ability to sing both in English and Kukatja, as well as her ceremonial dancing.  She was also a keen and knowledgeable hunter.

Susie has painted part of the story for her traditional country, west of Balgo, along the top of The Canning Stock Route. This was the Tjukurrpa (Dreamtime) country for Kaningarra, a man who lived here. Kurtal, a snake/man came here to steal from Kaningarra’s camp, and brought with him great dust storms and rain storms to hide his approach and getaway. Kurtal managed to steal some sacred objects from Kaningarra, before running away. Kurtal travelled back to his own country, south west of Balgo, entering the earth, to continue travelling underground, at a natural spring, which is called Kurtal. Surrounding Kurtal are particular species of tree.

Susie has painted her country that lies to the north of the Canning Stock Route, Yunpu. This is soakwater or warinpa country. There is a tjukurrpa story relating to this series of soakwaters where a quiet snake called Tatjal travelled through this country. This is a quiet small snake not a dangerous one that moved in and out of all the soakwaters. Susie has shown the path the sake travelled as it went from soakwater to soakwater.These soakwaters contain salty water.

In the Tjukurrpa (Dreamtime) men and women were travelling around this area. They stopped in the country known as Kaningarra (the name of one of the ancestral men) to dig a hole, in order to find water. This place ‘Kaningarra‘ is where a permanent spring is now found. This country is along the upper reaches of the Canning Stock Route at a place now called Breeden Hills. There Susie and her family would camp for many months when they came to Kaningarra during their seasonal walkabout. Surrounding the rockhole is an abundance of tjunda, or bush onion, which can be found here. The arch shapes along the edges are the puli, or hills which dominate the landscape of the area.