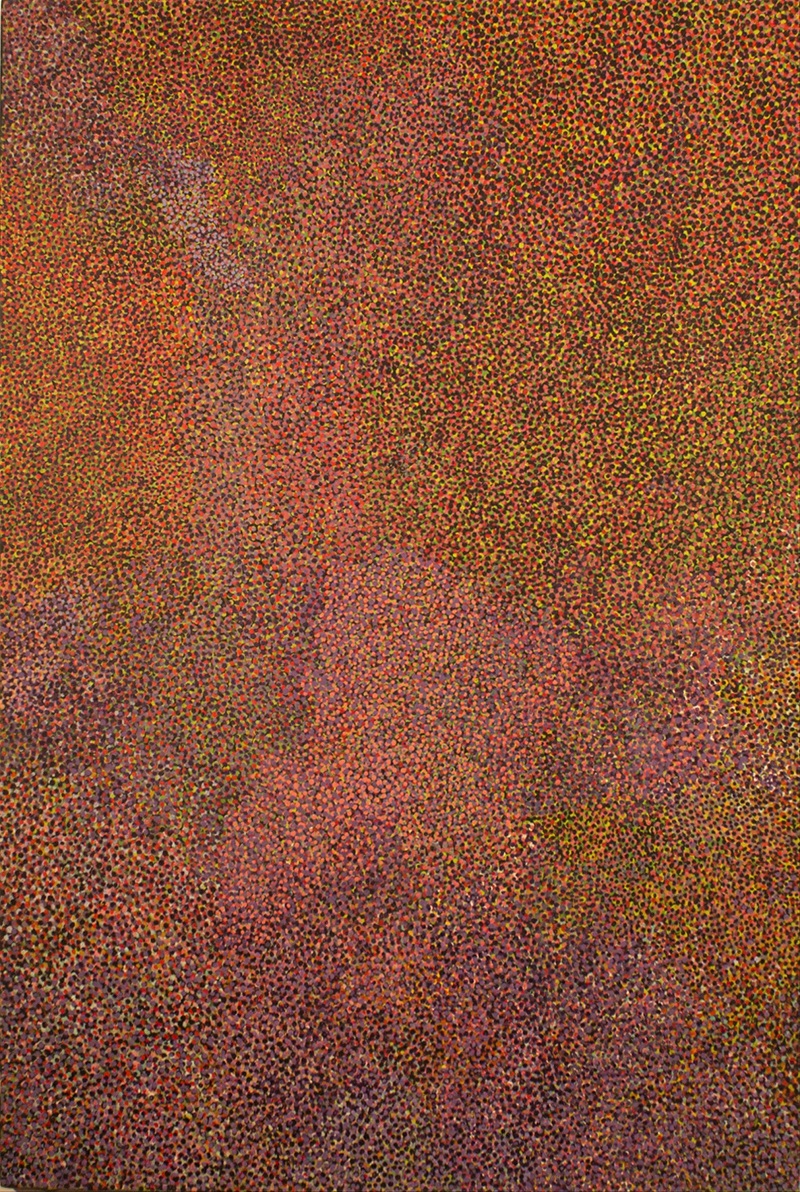 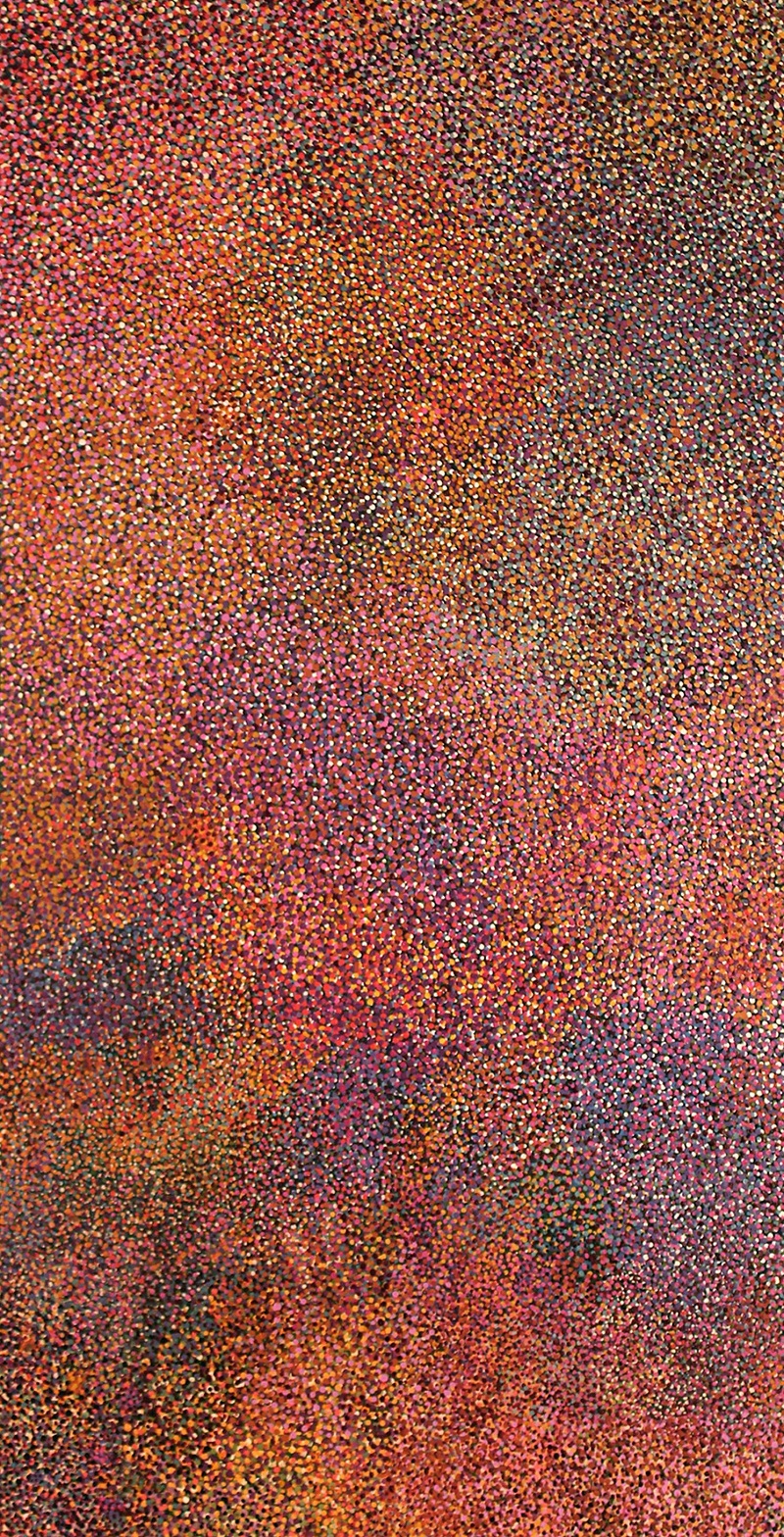 Veronica’s mother Bababala (bush name) belonged to the country of Walgalli near Yagga Yagga on the Wangatjungka side. Her creation story is the Seven Sisters Dreaming. Her father Wirru (bush name) is Walmatjarri, and his country was Paraku (Lake Gregory) in the region of Tjurabalan. Veronica paints the creation story of Mungily the flower that is abundant in this region. When Veronica was born her family lived at Lake Stretch where they lived a traditional life collecting bush tucker and bush medicine.

Veronica saw white people for the first time when she was about 5 years old. When Veronica was a young girl, she was taken away to live at the Old Balgo Mission, while her parents lived at Billiluna community some 250 kms away. She trained as a domestic worker and it was there that she met her husband Eddie Calyon. Subsequentially Veronica had 8 children: 3 girls and five boys. One boy died in a car accident at the age of four weeks old in 1973 an accident in which she also incurred severe injuries.

Veronica is a strong culture woman and dancer and an enthusiastic teacher of culture to children, ensuring the traditional dances and songs are kept alive. All of her six living children are painters and are strongly encouraged by Veronica.

Veronica holds a senior position in the community of Mulan. She is a Marpan (traditional healer) and is an active community representative with land-rights issues and works closely with the IPA (Indigenous Protected Area) Council.

Veronica commenced painting in 1979 and began to emerge as a leading artist in the late 1990s. Her paintings are mainly concerned with her traditional country.

See available works by Veronica in our shop.